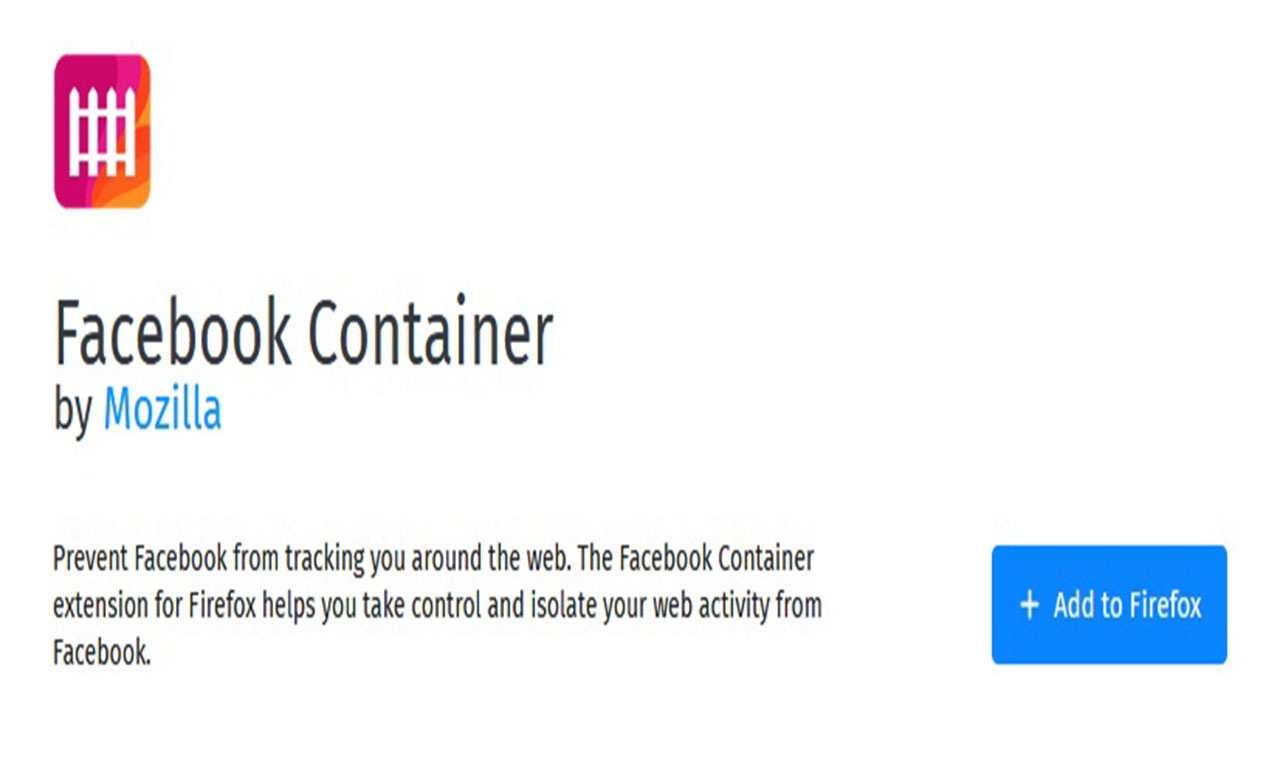 Recently Mozilla released, a Firefox browser extension for Facebook which is mainly designed to segregate users’ activity on Facebook from their other Web activity. As a result, it will limit Facebook’s ability to track them and gather personal data. This was a strategy made by Mozilla to control online data and Facebook data management. After a thorough research for more than two years, the extension was built for developing a private browsing experience and help users to protect their browsing activity. However, after the Cambridge Analytica data scandal occurred, the organization accelerated its development.

Facebook users’ non-Facebook activity will be blocked by Facebook container. This will prevent data tracking, thus making it difficult for Facebook to send targeted ads and messages based on various off-site Web activity. According to the Mozilla team, the Firefox extension would not affect or hampers the type of data access and analytics activities associated with the Cambridge Analytica controversy.

Users do not need to worry about the data. Mozilla won’t be collecting any data from customers who use the Facebook Container. The data are kept secure and private. It only tracks how often the extension is installed and removed. What does the extension do? Basically the Firefox browser extension works by isolating and separating every user’s identity in a separate container.

Once the extensions are installed for a particular user, the Facebook cookies would get removed and the user will be logged out from his or her account. The next time when the user opens Facebook, it will load in a blue-colored tab where the user can navigate the site as usual.

If there is a non-Facebook link and the user clicks on it, that site will open outside the container.

If user clicks on the Facebook share buttons to share any post, the browser tabs will load within the container. In those cases, Facebook will get all the information about the sites whose content users are sharing. In fact, the extension also prevents users from logging into other accounts with their Facebook credentials which is a good step taken for security.

The embedded Facebook comments or likes won’t be working outside the container tab. This is done to make sure that Facebook can’t use that information to track users’ off-site habits.

Many doesn’t know the events of Cambridge Analytica. What is it exactly? During the 2016 presidential campaign, Cambridge Analytica gained access to 50 million users’ data without permission. This has resulted in a lot of criticism and chaos. The Facebook Container add-on was released as one of several steps that Mozilla has taken to distance itself from Facebook following the disclosures regarding the Cambridge Analytica incidents. Last week Mozilla had stopped advertising on Facebook.

Basically the Mozilla browser extension is a bit different to Mozilla’s original features in Firefox. The main change is the browser removed support for Active X, which was actually the technology used by Microsoft to support early pop-up ads. This feature, along with Mozilla’s increased quick performance and customization, led to Firefox becoming an early favorite among browser users.

Other than this due to the presence of some helpful elements in the Mozilla extension, it made easier for users to avoid some Facebook tracking, as users were advised to disable all platform apps by changing their privacy settings. However, the use of Facebook Container is still in progress as it couldn’t go for dedicated tracking